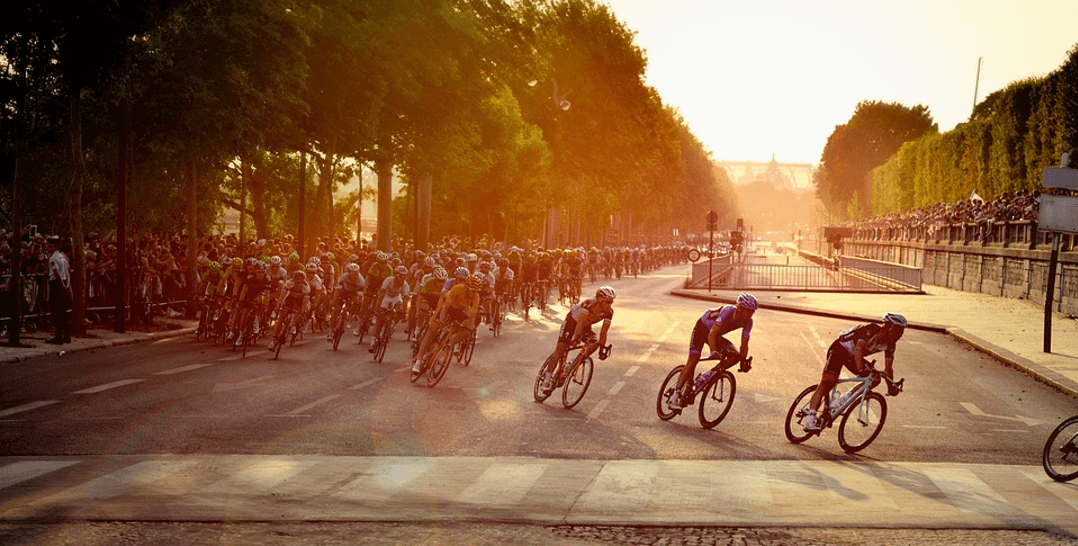 The 2019 Tour de France live on TV and via Livestream

Grand Départ in the city of Brussels

An international peleton of world-class bikers embark on the road to Tour de France glory when the 106th edition of the Tour de France kicks off in Brussels this year on Saturday, July 6, 2019. In honour of the 50th anniversary of the first Tour de France win of Eddy Merckx the Tour 2019 will start in the capital of Belgium. Participants in the Grand Boucle have ridden through the streets of Belgium 47 times, first visiting the capital city in 1947. The last time the Tour passed through Brussels was in 2010.

After the start in Brussels the route of the 2019 Tour de France will go through the eastern half of France via Vosges and Massif Central to the Pyrenees. The decisive days rise in the Alps. The route includes 5 mountain arrivals (La Planche des Belles Filles, Tourmalet, Foix Prat d'Albis, Tignes, Val Thorens), 2 more mountain stages, one team time trial, one individual time trial (both 27 kilometers long), 5 hilly stages and 7 flat stages.The race concludes a little over three weeks after setting off from Brussels with the largely processional 21st stage from Rambouillet to Paris (Champs-Élysées) on Sunday July 28.

Who will wear the yellow jersey in Paris?

Last year’s edition of the Tour was won by Great Britain’s Geraint Thomas (Team Sky) ahead of Dutchman Tom Dumoulin and Thomas’ team-mate and four-time winner, Chris Froome. Thomas admits in an interview with The Telegraph that he was “definitely coming back slowly” to Grand Tour winning form. The 33-year-old began his 2019 season finishing 44th in the Volta a la Comunitat Valenciana, which he concedes reflects the fact he was still overweight after the off season.

This year will see two Brits also fighting the ticking of their career clocks, as they try their hardest to put themselves into the history books. Froome is aiming to join the five Tours win club and Mark Cavendish is vying to take four more sprint wins to equal the record held by Merckx.

What teams will ride the Tour de France?

Each of the 18 WorldTour teams make up the top-flight of professional cycling. In addition to the WorldTour teams, race organisers ASO handed wildcard spots to Arkéa-Samsic, Cofidis Solutions Crédits, Total-Direct Énergie and Wanty-Groupe Gobert​.

Where to watch the 2019 Tour de France live on TV?

UK: Terrestrial channels ITV and S4C will be broadcasting the action from France and Belgium live. Eurosport Player subscribers can also watch the Tour de France 2019 live. Amazon Prime subscribers can sign-up to Eurosport Player through Amazon Channels for £6.99 per month (with a 7-day free trial). Amazon Prime is £7.99 per month but can be accessed with a 30-day free trial.

Germany: Once more clycling fans in Germany can watch the Tour de France live on Free TV via ARD and ZDF. Furthermore Eurosport will cover every single stage on German Free TV. You can find the satellite information for all channels on Sporteventz.com!

Where to watch the 2019 French Open live and free? 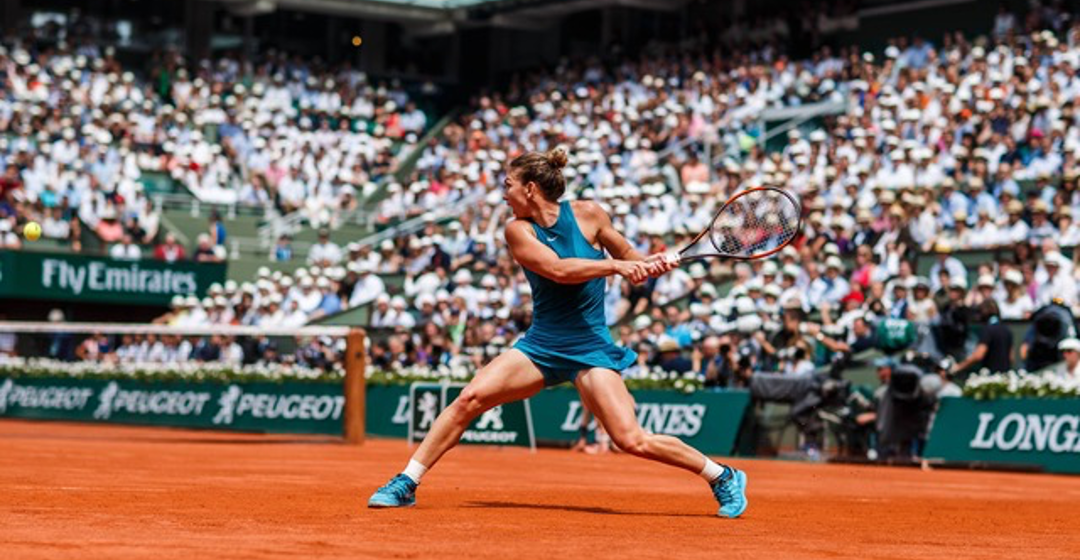 Where to watch the 2019 French Open live and free?

There will be no shortage of challengers, as this year’s French Open field also includes past champions Novak Djokovic, Roger Federrer and Stan Wawrinka. It’s the first time in four years all four players will be competing. The reigning champion is renowned for his dominance on clay courts and holds the record for most French Open titles in history.

Nadal, will be seeking his 12th title at Roland Garros, while Djokovic, will be seeking to hold all four Grand Slam titles at once for the second time in his career. After Nadal won his 11th French Open title a year ago, Djokovic rattled off wins at Wimbledon, the US Open and the Australian Open, where he routed Nadal in straight sets in the final to win his 15th Grand Slam crown.

Who are the Women’s Favorites to win the French Open?

Simona Halep returns to Paris to defend her title on the women's side while youngster Naomi Osaka—who is seeking a third straight Grand Slam win after victories in the U.S. and Australian Opens—Petra Kvitova and Kiki Bertens are among atop the board behind Halep, who is still tournament favourite - despite only winning one title since last year's Roland Garros triumph. One of the few players who adapts her game for the clay, and surely the tour's most natural mover on the surface.

The French Open qualifying gets underway on Monday, May 20. The main draw of the tournament begins on Sunday, May 26.

What TV channel are the French Open on?

UK: FTA commercial broadcaster ITV will continue to show exclusive free to aircoverage of Roland Garros until 2021. Once again, 18-time Grand Slam winner Martina Navratilova will lend her expertise and insight to ITV’s team for the women’s final.

Moreover the French Open will be shown all across Europe (including the UK) through Eurosport Player. Eurosport 1 and Eurosport 2 are available to BT TV customers on channel 412/413. Amazon Prime subscribers can add the Eurosport channels for £6.99 per month. Amazon Prime is £7.99 per month but both services can be accessed with 30-day free trials.

Germany: The single matches will be shown live and exclusively on Eurosport 1 on TV and live online in Eurosport player. On the chargeable Eurosport Player you can see up to 13 different courts simultaneously and choose a game of your choice.

France: Tennis fans in France can watch the Roland Garros tournament live and free on France TV Sports and via Eurosport 1&2.

Check further broadcasting and live streaming info for the French Open in the SportEventz App (available for iOS and Android devices) or on sporteventz.com.

Dortmund – Schalke live and free: Where to watch the Revierderby? 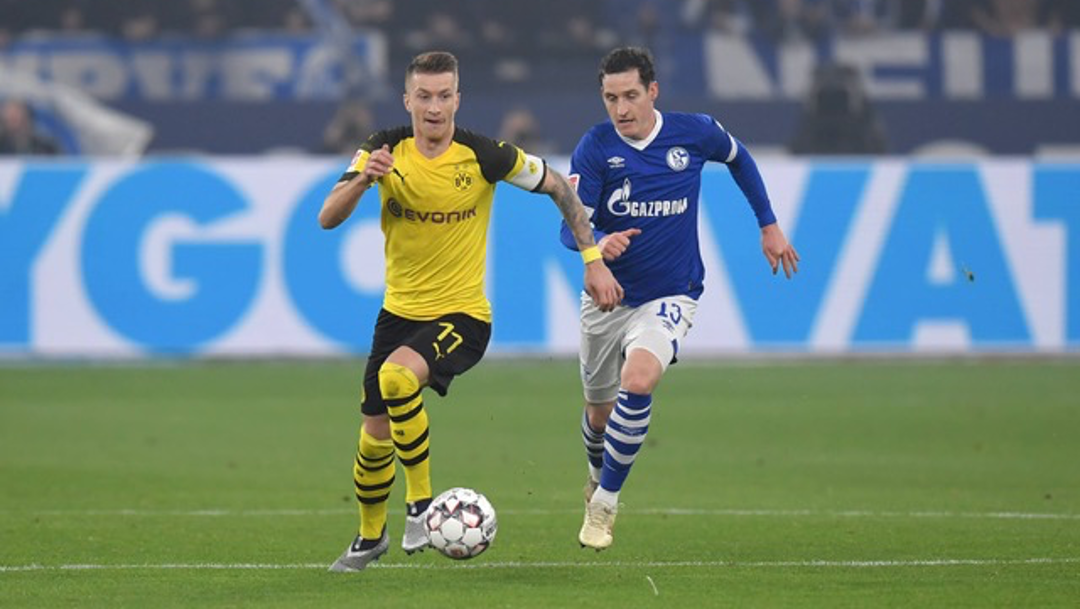 Dortmund – Schalke live stream: Where to watch the Revierderby for FREE?

It’s the Revierderby! Schalke-Dortmund, commonly known as "The Mother of all Derbies", is the biggest rivalry in the Bundesliga. Schalke fans will remember with pride and joy the Ruhrderby last year, when defender Naldo scored in the fourth minute of injury time as Schalke 04 rallied from four goals down to draw at Borussia Dortmund 4-4 in the Bundesliga's 91st Ruhr derby. Dortmund fans mock Schalke by calling it Herne – the nearest town. Schalke fans return the favour by talking about Lüdenscheid-Nord instead of Dortmund.

Dortmund have won 33 occasions, Schalke have won 31 matches – 29 derbys have ended a draw.

Last weekend Dortmund cruised to a 4-0 victory in Freiburg with their front players all impressing. Goals for Jadon Sancho, Marco Reus, Mario Götze and a penalty off the bench by Paco Alcacer got Dortmund back to within a point of their rivals from Munich. The Royal Blues' worst season since relegation in 1983 hit a new low with a 2-5 loss at home to Hoffenheim. It will be interesting to see if Borussia Dortmund can show their dominance in the Ruhrderby as well.

Schalke is only 6 points ahead of the relegation play-off place, while Borussia Dortmund is on the second place and hopes for a point loss of FC Bayern, who will play Nuremberg on Sunday.

Where to watch BVB - Schalke live on TV?

The Dortmund-Schalke clash won’t be broadcasted live in the UK. BeIN Sport airs the BVB-S04 live in France. Football fans in Germany can watch the Ruhrderby live on Sky. Unique: The Revierderby will be shown live in German Free-TV. ARD (Das Erste) secured the broadcast rights for the match. Sky expert Christoph Metzelder will be on site as a guest of the ARD Sportschau. Find out more detailed broadcast information for the clash Schalke-Dortmund and other top matches in the SportEventz App or on sporteventz.com. 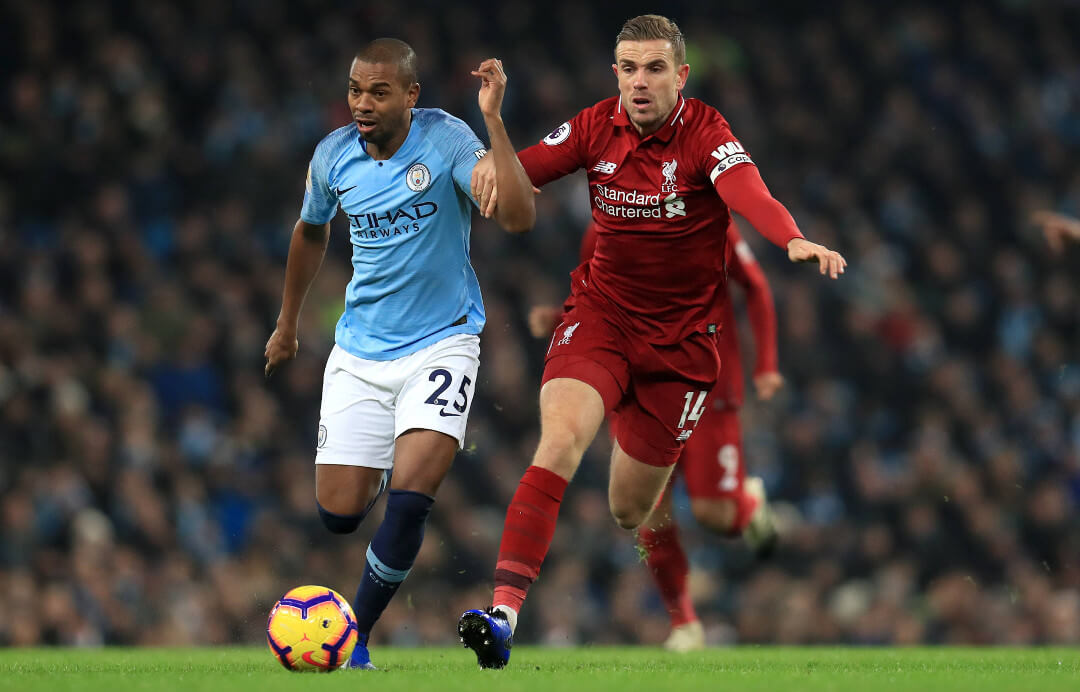 The curtain falls on the Premier League once more. The final matchday of the season takes place on Sunday, 12 May 2019 and will offer a lot of decisions and suspense. Especially the title race between Manchester City and Liverpool FC will hog the limelight. While the Citizens as holding champions face an away game at Brighton, Liverpool will take on Wolverhampton Wanderers at Anfield. As things stand at the moment City can secure the title with a victory over the Seagulls. But not only the title race will be decided on matchday 38. The fight for the Champions League berths will also find its conclusion with Tottenham, Chelsea, Arsenal and Manchester United contending for qualifying. You see there is a lot at stake on the final matchday!

As usual SportEventz provides you with the most important information: where and how to watch the matches. Have a look at the table below and check out sporteventz.com as well as the SportEventz app (available for iOS and Android) for further information! 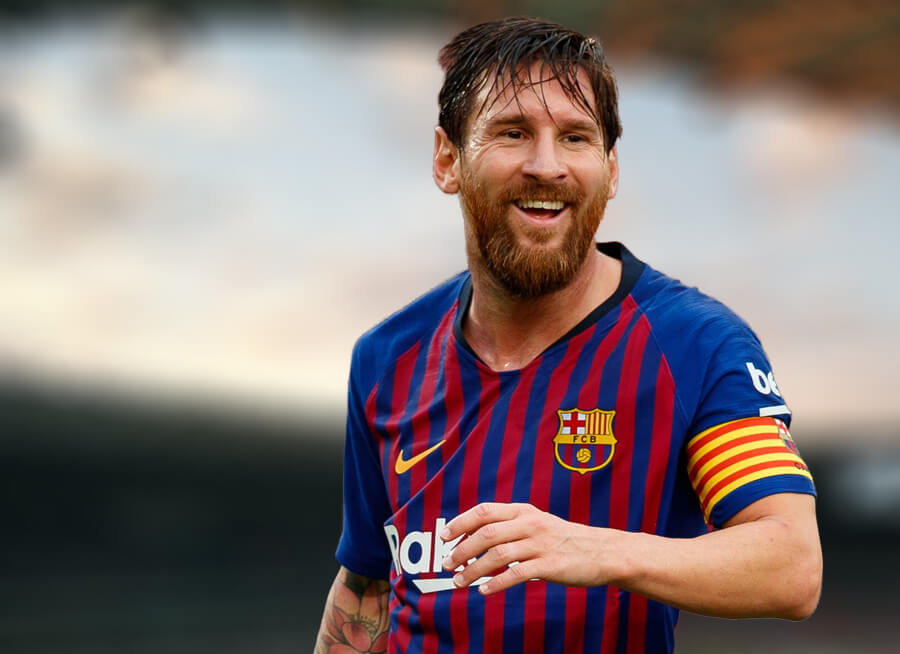 Lionel Messi and Barcelona will look to enter the Champions League semifinals for the first time in four years by beating Manchester United at the Camp Nou. United’s interim manager Ole Gunnar Solskjaer will return to the scene of one of his most famous nights, probably the scene of his greatest night as a Manchester United player, almost 20 years on from his heroics in the 1999 final at the very same venue against Bayern Munich. "I won’t talk about '99 to the players because it was against Bayern Munich, it was a final, it was different. We will use the PSG, we will use the Juventus away," Solskjaer said. The Norwegian will conjure up the kind of performance which allows Manchester United - who are only fifth favourites for this competition at the moment - to overcome a Barcelona side who ironically are chasing a treble in La Liga, the Copa Del Rey and the Champions League. The winner of the Barca-United duel will face Liverpool or Porto in the Champions League semi-finals.

Alexis Sanchez is fit enough to face his former club Manchester United will welcome back at least three players for their decisive Champions League quarter-final second leg with Barcelona on Tuesday. Alexis Sanchez is expected to return from injury in time. Nemanja Matic will also be included in Ole Gunnar Solskjaer's travelling squad.

The second leg is being shown in the United Kingdom on BT Sport 2 with coverage starting at 7pm. Fans in Germany can watch the match live via Sky Sport and SkyGo. Streaming service DAZN will be permitted to show highlights from Barcelona vs ManU on their platform at 11.30pm (CET). RMC Sport 2 will air Barcelona vs United in France live/en direct. Check out more broadcast information for FC Barcelona - Manchester United in the SportEventz App or on sporteventz.com.