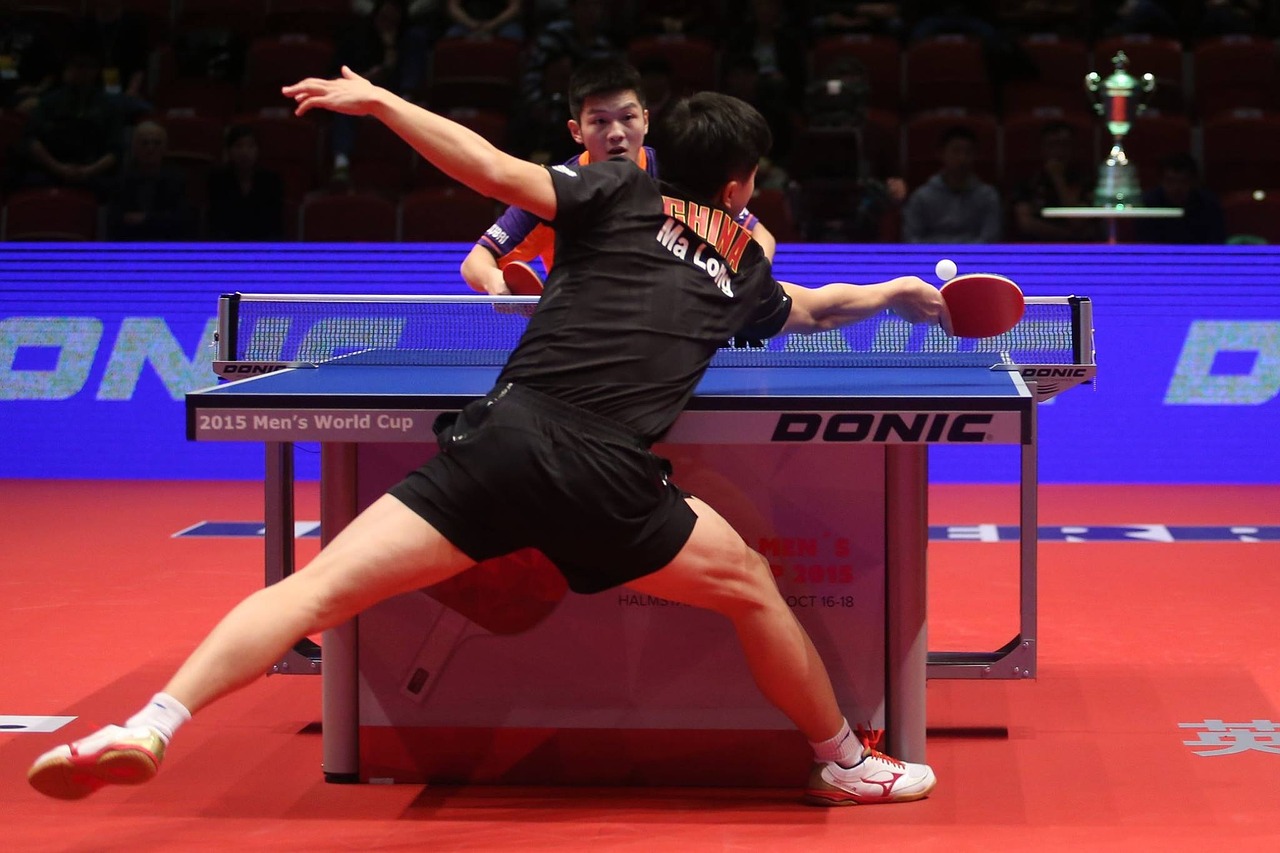 World number 1 Fan Zhendong has been named as the top seed for the Men’s Singles tournament as he aims to improve upon the runner-up finish he achieved two years back in Düsseldorf. Two further Chinese challengers in Xu Xin and Lin Gaoyuan close out the top three while Japanese teenage star Tomokazu Harimoto has been assigned the number 4 spot. Timo Boll, who is chasing a second World Championships singles medal, is the leading European name in the seeding list in position number 5. The thirty-eight years old German will be making his 19th World Championships career appearance in Budapest.

The first round proper of Men’s Singles and Women’s Singles will have 128 places. Singles events will habe 64 seeded players and 64 qualifiers. All singles matches will be best of 7 games.

Where to watch the 2019 table tennis World Cup on TV?

Television images from the Liebherr 2019 ITTF World Championships will be transmitted to no less than 138 countries by Eurosport, which included live coverage in Germany and UK. Table tennis fans in China can watch the tournament live via CCTV, Fox Networks Group and Zhibo.TV Table 1. Check further broadcasting and live streaming info for the ITTF World Cup in the SportEventz App (available for iOS and Android devices) or on sporteventz.com.

Bayern – Dortmund live: Where to watch the Bundesliga Klassiker? 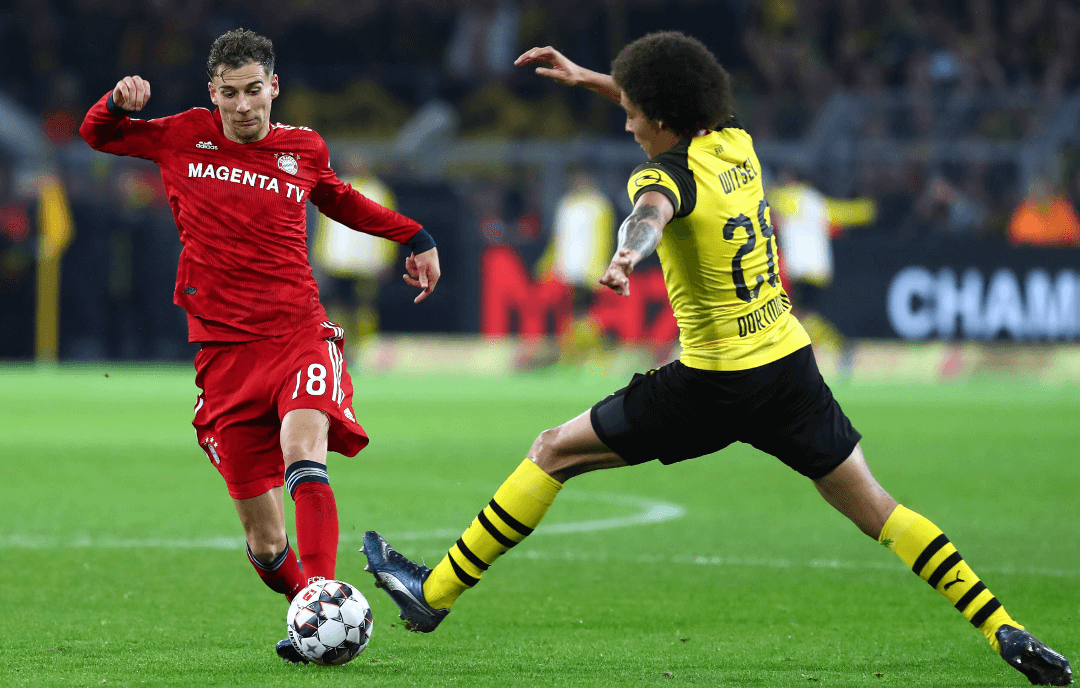 Bayern – Dortmund live: Where to watch the Bundesliga Klassiker?

After six years of intense dominance by the Bavarian powerhouse, it suggests the most exciting title fight in the German Bundesliga since 2011/2012. And, of course, der Klassiker is still the biggest football match in Germany: Bayern Munich and Borussia Dortmund have combined for 20 of the past 24 Bundesliga titles.

It’s the absolute highlight of Bundesliga Matchday 28: BVB against FCB! Borussia Dortmund have enjoyed a remarkable start to the season. After some bad matches (0-0 at Nuremberg, 1-2 at Augsburg), Bayern Munich were knocking Borussia from the top of the Bundesliga for the first time since September. Anyway, Marco Reus scored a dramatic stoppage-time winner as Dortmund won 3-2 at nine-man Hertha BSC to move three points clear at the top of the Bundesliga.

With eight games to go, Bayern Munich and Borussia Dortmund are level on points in the tightest Bundesliga title race for years.

Borussia Dortmund forward Christian Pulisic will miss 3-4 weeks with a torn quadriceps he suffered in the 1-1 draw with Chile during the international break. Bayern's Arjen Robben has been dealing with an ongoing thigh problem as he struggles to work his way back to full fitness, while David Alaba was pulled out of Austria’s squad early due to a muscular problem.

Where to watch FC Bayern - Dortmund via live stream or on TV?

In the UK, Dortmund - Bayern can be watched live on TV on BT Sport 1. Additionally the game can be streamed live online using the BT Sport app. Sky airs the duel in Germany at 18:30 (CET) as their “Topspiel der Woche”, including extensive analysis and interviews after the match.

Check further broadcasting and live streaming info for Dortmund-Bayern in the SportEventz App (available for iOS and Android devices) or on sporteventz.com. 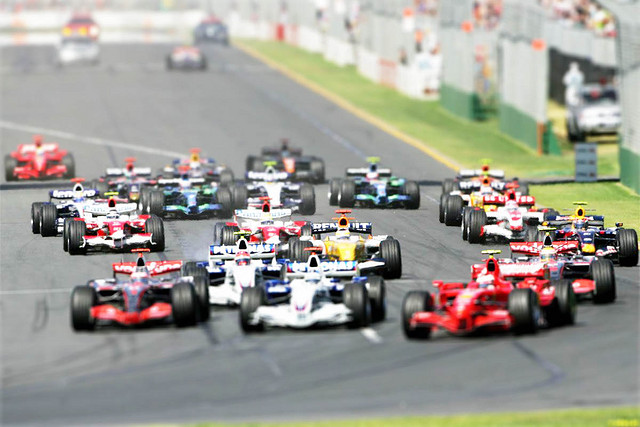 F1 2019 is just around the corner, but what can we expect from the new season as Lewis Hamilton searches for his sixth world title? Formula One (F1) is the highest class of single-seat auto racing that is sanctioned by (FIA). The FIA Formula One World Championship has been the premier form of racing since the inaugural season in 1950.

Formula 1 had a total global television audience of 490 million people during the course of the 2018 season, what is a global growth of 39% compared to 2017.

Despite a huge move of Formula TV rights on pay-TV, there are a lot of FTA (free-to-air) satellite broadcasters having Formula 1 live TV rights or even highlights.

Vettel vs Hamilton or Verstappen vs Leclerc

Lewis Hamilton will be favourite for the Formula One world title again this season. Despite Ferrari producing much more competitive F1 cars in the past two years, Sebastian Vettel suffered two heavy defeats against Lewis Hamilton in the drivers' championship, while the Scuderia has not succeeded in ending Mercedes' streak of constructors' titles.

Yet Vettel's Ferrari team have emerged from Formula One's winter hibernation boasting the fastest car. Charles Leclerc will partner Vettel at Ferrari this year and is fancied to put the heat on his teammate. Leclerc says he has not set any “particular target” for his race debut with the team at the Australian Grand Prix. The 21-year-old Monegasque has moved to partner Sebastian Vettel in Ferrari’s revised driver line-up for the upcoming campaign after his impressive rookie season with Sauber in 2018. Vettel should be kept on his toes by Leclerc but is expected to restore his reputation while Max Verstappen will have his hands full with Pierre Gasly at Red Bull.

Sky Sports F1 have the lion’s share of live coverage in the Formula 1 2019 season after the broadcaster signed an exclusive deal to F1’s live TV rights in the UK. Channel 4 (DVB-T Free in UK, DVB-S FTA on Astra 28.2°E) will showing highlights of all the Qualifying and Formula 1 races this year, along with the British GP at Silverstone in full. NOW TV has just released a special F1 Season Ticket that gives you access to all nine months of the F1 season for a reduced overall price. The F1 Season Ticket for NOW TV will cost you a single £195 payment for the entire season.

German broadcaster RTL will have the exclusive free-to-air rights to cover Formula 1 Grands Prix from 2018 to 2020. The agreement includes the coverage of the three free practice sessions on Fridays and Saturdays, qualifying sessions on Saturday afternoons and races on Sundays.

RTL has covered Formula 1 live in Germany since the middle of the 1991 season. RTL Germany is available via different satellites, but it is only free-to-air via Astra 19.2° satellite position.

After a one-year break, pay-TV broadcaster Sky Deutschland will show the Formula 1 again in Germany, Austria and Switzerland. The new agreement covers the 2019 and 2020 seasons across all race weekends. Customers with the Sky Q box can watch all races live in Ultra HD on Sky Sport UHD. The rights package includes the live broadcasting rights via satellite, cable, IPTV, streaming and mobile TV in Germany and Austria as well as the German-language rights in Switzerland.

Some countries have formula one free on their terrestrial, cable or stream channels. In this table we have provided only satellite FTA (free-to-air) channels with broadcasting details. 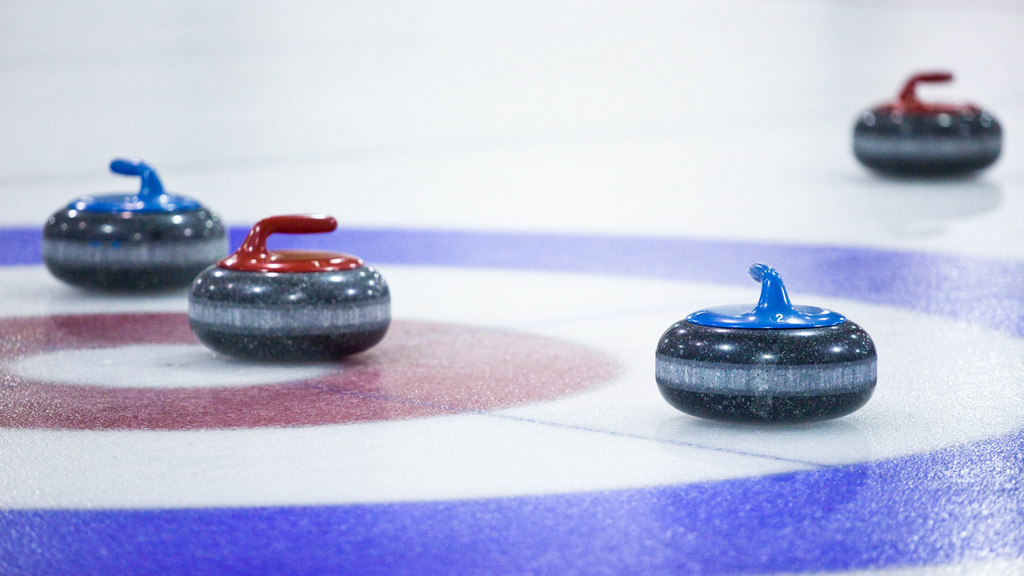 The host of this years World Curling Championship will be Canada or more precisely the city of Lethbridge. And of course the host nation is one of the big favourites. The Canadians already managed to win 36 World Cups since the first holding in 1959. Yet, the competitors are numerous. Especially the reigning world champions and Olympic finalists from Sweden are looking forward to defend their title and status as the best Curling nation in the world right now. Other joint favourites will be the other Scandinavian teams from Denmark and Norway as well as Curling motherland Scotland and last years Olympic champion USA.

The World Curling Championship will be held as a mix of a round-robin and an elimination tournament. Thus, every team will play against each other first with the best six teams from this round competing for the title in a knockout. The first match of the round robin will be held on March 30 at 8pm (UTC)/9pm (CET) when Canada encounters South Korea. This years Curling World Champion will be determined on April 7 at 11pm (UTC)/12am (CET). 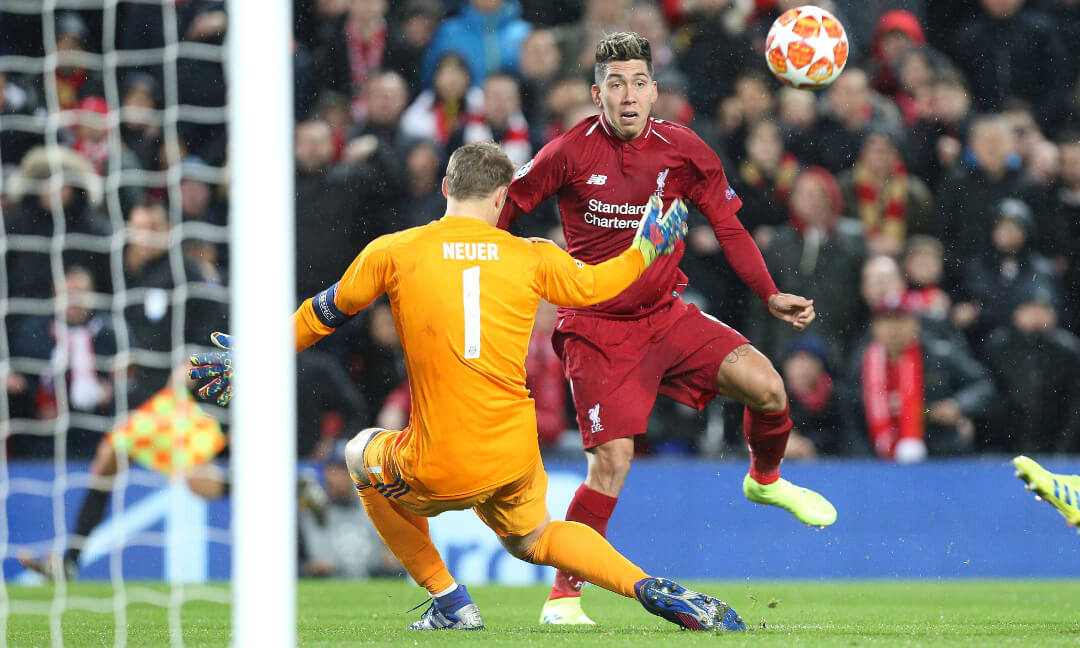 After a 0:0 draw in the first leg the Reds will travel to Munich’s Allianz Arena on Wednesday for another titanic battle between two of Europe’s best sides for a place in the quarter-finals. Liverpool are back on top of the Premier League, a point ahead of Manchester City, while Bayern are now just three points off title rivals Borussia Dortmund. So let us give you the most important news straight away, including injury updates and TV and live stream info.

Niko Kovac said before the game that the first leg wouldn't end goalless, but that's exactly what happened at a wet Anfield three weeks ago. Liverpool, with Virgil Van Dijk suspended and Dejan Lovren and Joe Gomez both injured, began to dominate midfield possession, led once again by the excellent Henderson, without carving out a real chance against a well-organized Bayern defence.

Jürgen Klopp may not have looked happy after the game, but the coach insists he is "absolutely OK" with Tuesday's goalless draw, even if he has come to expect better from his team. Klopp was visibly angered when he spoke to Kovac after the final whistle. The Liverpool boss gestured after shaking hands with Kovac, who pulled the German's arm to remonstrate with him on the touchline before the Liverpool coach went on the field to speak to his players. Klopp: "That was funny. We were on English soil. In Germany it is normal when games end, you shake hands with your players. In England, first the coaches shake hands so I did what I did in Germany, said sorry and made up for it and, in Germany, we will do it as we do it in Germany."

Arjen Robben has lately been struggling with a recurring thigh injury that has kept him out since November. There was even a genuine concern that he might not play for Bayern again this season. Robben’s availability for Bayern could give Kovac some interesting options for the clash with Liverpool.

Virgil van Dijk was suspended for the first leg match having been booked in Liverpool’s final group stage match. The Dutchman, who became the world’s most expensive defender when moving to Anfield in 2018, is ‘the best centre-back in the world’, according to Liverpool team-mate Andy Robertson. Van Dijk is set to retain his place at the heart of Liverpool’s defence.

The second leg is being shown in the United Kingdom on BT Sport 2 with coverage starting at 7pm. Fans in Germany can watch the match live via Sky Sport and SkyGo. Streaming service DAZN will be permitted to show highlights from FC Bayern vs. Liverpool on their platform at 11.30pm (CET). RMC Sport 2 will air Bayern – Liverpool in France live/en direct. Check out more broadcast information for Bayern München - Liverpool FC in the SportEventz App or on sporteventz.com.