Free PGA live stream: Where to watch the Ryder Cup 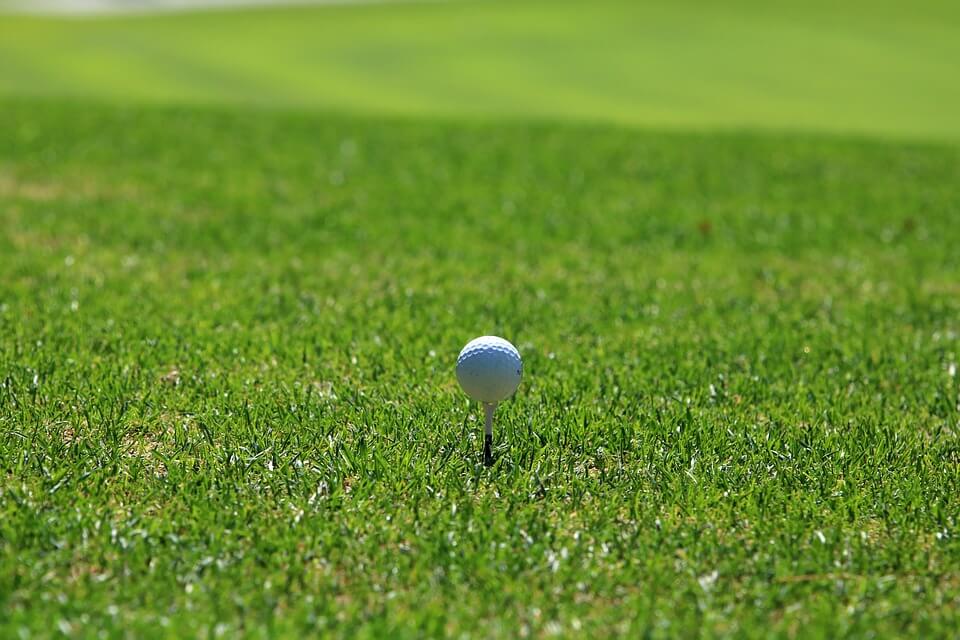 Free PGA live stream: Where to watch the Ryder Cup

This weekend offers one of the greatest golf events in the world – the Ryder Cup. The PGA tour’s final tournament presents the clash of the best golfers from both, the USA and Europe. From Friday till Sunday Team Europe and Team USA will determine which continent has the best golfers this year. The media spotlight will be on golf legend Tiger Woods, who staged his big comeback last weekend when he won his first major tournament since 2013. The first matches will take place on Friday morning (8:10 CET / 7:10 GMT), while the final Singles Matches will start Sunday at 12:05 CET / 11:05 GMT.

Golf live stream: The Ryder Cup 2018 online and on TV

In the UK, Sky broadcasts all matches of the Ryder Cup on Sky Sport Main Event (28.5°E). Golf fans in Germany can watch the tournament on the dedicated TV channel Sky Sport Ryder Cup HD (19.2°E). Moreover, rydercup.com offers a free PGA live stream for users from the USA and Europe. You can find further information on broadcasting and live streaming of the Ryder Cup in the SportEventz App or on sporteventz.com.

Roma vs Lazio Live Stream: Where to watch on TV 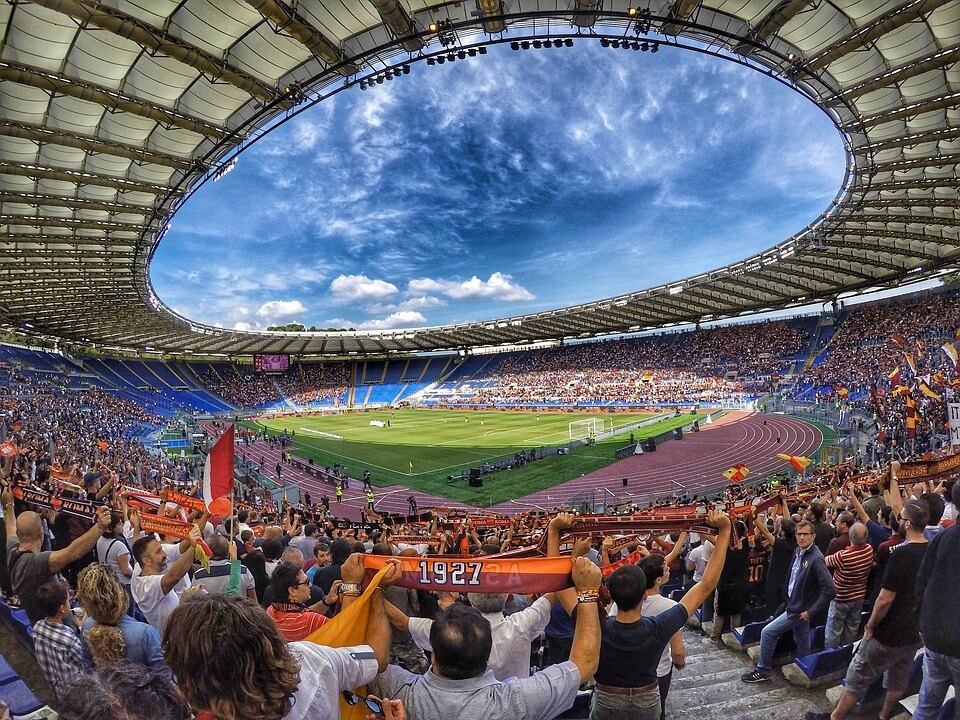 Roma vs Lazio Live Stream: Where to watch on TV

Roma vs Lazio – this Saturday (14:00 UTC / 15:00 CET) the Italian capital is on fire once more. The 149th Derby della Capitale in Serie A is as always a crucial match for both clubs. Not only because of the heated rivalry between the clubs, but also for setting the course of the still young season. While Lazio seems to be in good trim already, Roma struggled along during its first games this season. As usual, the Italian media already calls Roma manager Eusebio di Francesco into question. Yet, Roma won 6 of the last 10 direct duels against Lazio. There is as always a lot at stake when these clubs clash and it promises to be another thrilling and dramatic Derby della Capitale.

Where to watch Roma vs Lazio live on TV?

Unfortunately the match will not be broadcasted live in the UK. However, Sky Sports Serie A (13.0°E) shows the game live in Italy. Calcio fans in Germany can watch a Roma vs Lazio live stream with an active DAZN subscription. The live stream platform broadcasts every game of this year’s Serie A season. Find out more detailed broadcast information for the clash Lazio vs Roma and other top matches this weekend in the SportEventz App or on sporteventz.com.

Where to watch Champions League? 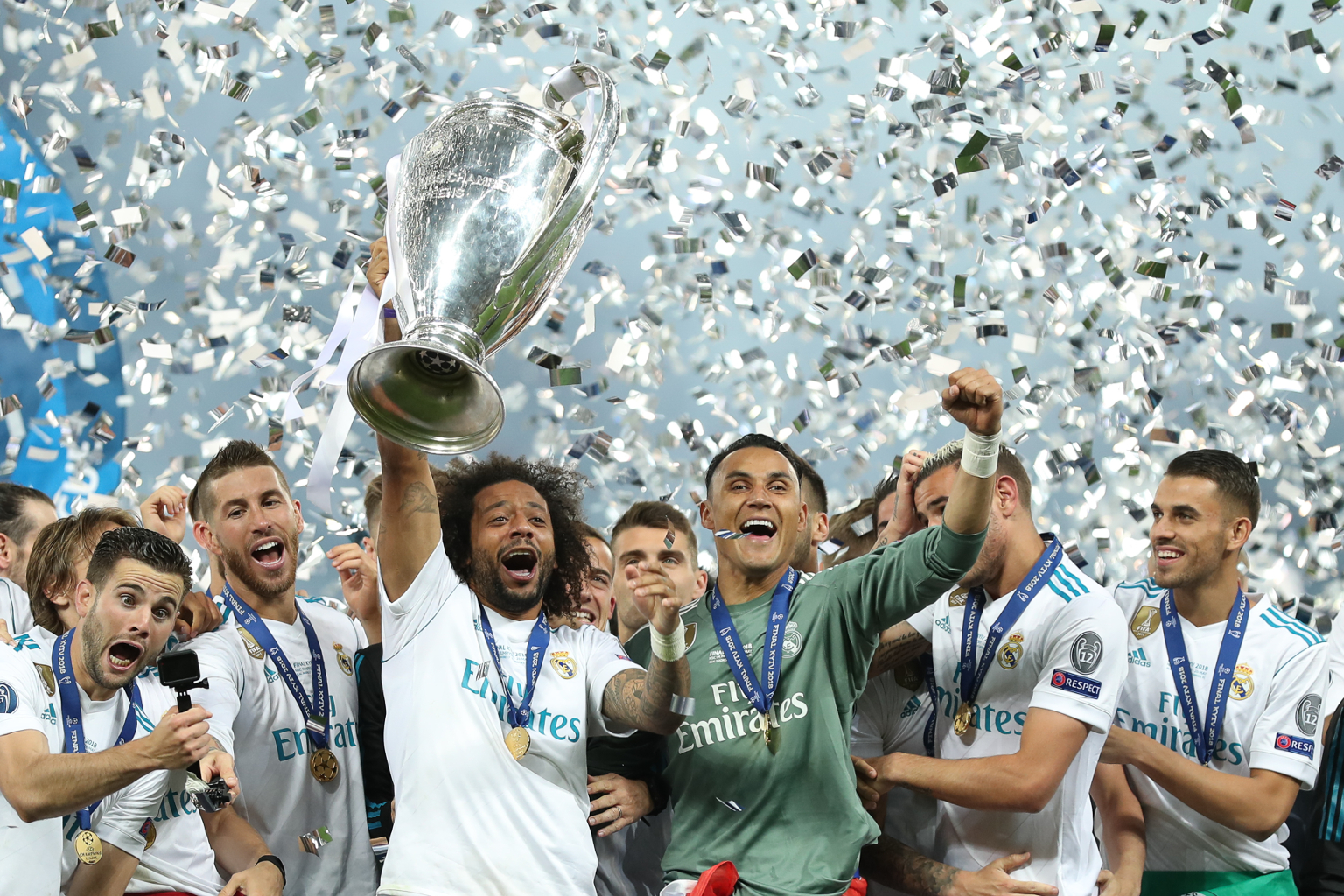 Where to watch Champions League?

There are staggered kick-off times: The Champions League has always started at 8.45pm (CET) but from the 2018/19 season they will kick-off at either 6.55pm or 9pm – similar to how the Europa League functions.

Where to watch Champions League in the UK?

Live Champions League football on TV is shown exclusively by BT Sport in the UK. The company has been broadcasting Europe's elite club competitions since 2015 under the terms of an £897 million deal. BT Sport have the rights to show every match from the 2018/19 Champions League including the 2019 UEFA Champions League final on TV.

Where to watch Champions League in Germany?

The UEFA Champions League won't be in German free-TV anymore. Sky and DAZN have acquired exclusive rights except for a possible final with a German team. Sky hasn't full broadcast rights, although the pay-tv-channel continues to show the Champions League multi-match coverage ("Konferenz") and every Champions League match day one live game with Bundesliga participation. The majority of the games will be aired live and exclusively by the new streaming service DAZN. Telekom Sport customers can watch the multi-match coverage live as well.

What are the Champions League draw dates?

You can find detailed broadcast information for all matches and more countries a few days before the games in the SportEventz App (available for Android and iOS) or on sporteventz.com. So, check your SportEventz app and don’t miss out the UEFA Champions League group stage matches!

PSG vs Liverpool live on TV and via live stream 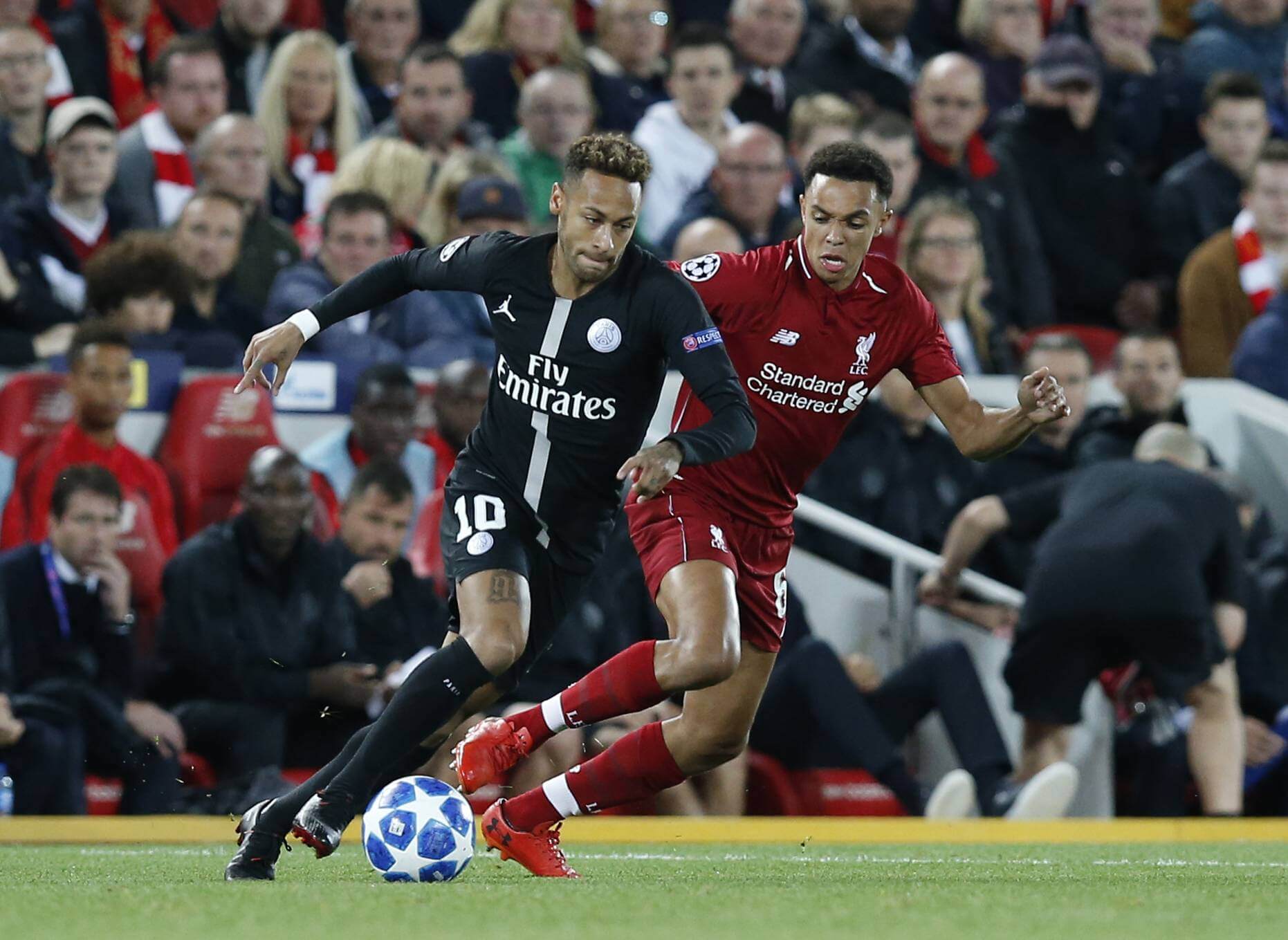 PSG vs Liverpool live on TV and via live stream

What a mouth-watering Champions League duel at the Parc de Princes: Paris Saint-Germain host Liverpool on Wednesday, 28th of November (20:00 UTC / 21:00 CET). The Reds were finalists last season, but that has not stopped anyone claiming Liverpool have it all to do in the group stage this season. Anyway, Jürgen Klopp’s side have lost both Champions League away games. The defeat in Belgrade against Red Star means Liverpool have lost their position of strength at the top of Group C and need to win against PSG or at home to Napoli to progress.

For PSG the UEFA Champions League is of high priority as well. The French champions have not passed the quarter-final stage since they were bought by Qatar Sports Investements in 2011. New PSG manager Thomas Tuchel, who followed Jürgen Klopp at the helm of Mainz 05 and Borussia Dortmund, will attempt to point out specific counter-pressing positions to Neymar. Meanwhile, with Liverpool losing in Serbia, the draw in Italy leaves PSG third and with work to do to reach the round-of-16.

Where to watch PSG vs Liverpool live?

Where to watch NFL games in UK and Germany? 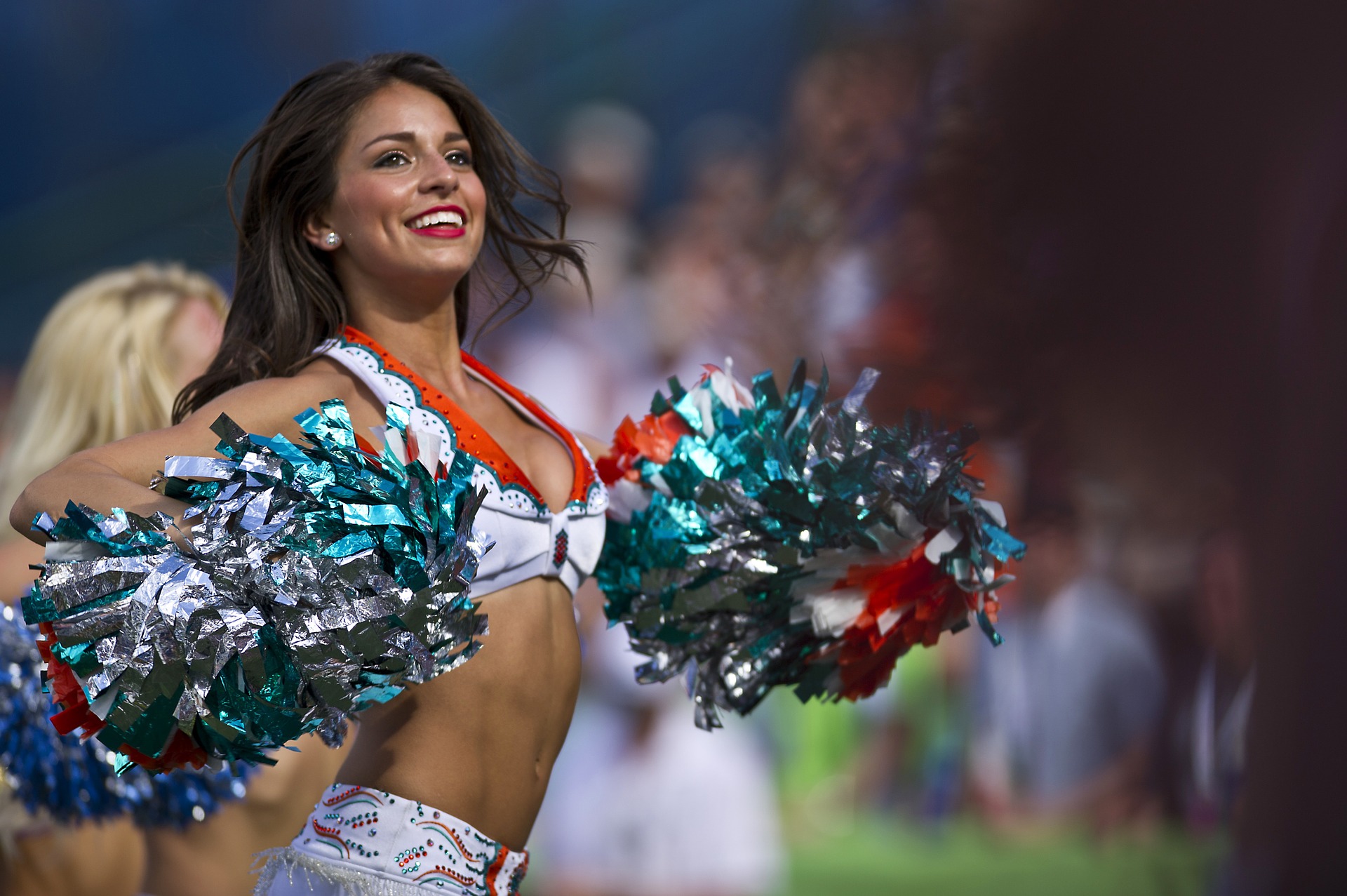 Finally, the long wait has come to an end: New American Football season gets underway on Thursday. The 99th NFL regular season kicks off tonight with the defending Super Bowl champion Philadelphia Eagles squaring off against the Atlanta Falcons. Kickoff Weekend signals the start of a 256-game journey, one that promises hope for each of the league’s 32 teams as they set their eyes on Super Bowl LIII, which will be played on Sunday, 3th of February 2019 at Mercedes-Benz Stadium in Atlanta.

Where to watch NFL games in UK?

Sky sports will air six live games on opening weekend, from Thursday through to Monday Night. Furthermore Sky Sports will show over 100 live games during the 2018 season including two games every Sunday evening starting from 7 pm (CET).

With NFL.com Game Pass you can watch every NFL game live or on demand. The Game pass is available via nflgamepass.com and costs € 49.00 up to € 159.99. "The NFL Show" runs throughout the season on BBC One on Saturday nights.

Where to watch NFL games in Germany?